Roy was born on March 12th 1925 by the Oklahoma/Arkansas border, near Fort Smith. 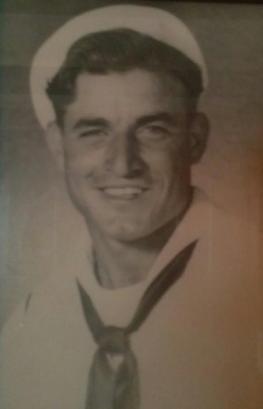 Roy recalls talking about growing up in the depression.

“You could buy a movie ticket for a dime. You could spend all day in the theater watching movies and they wouldn’t kick you out. I loved western’s the best, and I’m talking before John Wayne. Gene Autry and Roy Rogers were the western heroes of the 30’s. Gene joined the service when WWII started, so Roy took over as leading man for westerns in the 40’s!

With the rest of the 16 cents, you could buy a bag of popcorn that was much bigger than you get today for 5 bucks. You could also buy ice cream, soda, and still have say, 2 cents left over. We knew a good time but it was rare to get out like that, there was too much work to be done.

I was 4 when the depression began. I still remember the older men including my Father  talking about as soon as it happened.

It was still dry out there where we lived. We had a lot of timber, so we never had the dust bowl. We’d raise what we can to sell and eat, like popcorn, potatoes, apples, peanuts, make some sorghum molasses. While the older brothers stayed at home to tend the gardens and house work, I’d drive the wagon with Dad to Fort Smith and sell the food we grew. Sometimes we’d hunt squirrels and rabbits, eat squirrel and rabbit gravy.

I went to volunteer for the service, I knew since I was already 18 I was going to be drafted, so I went in anyway. They wanted to know what I did in civilian life, I drove Caterpillar’s and Trucks for a Lumber company in Oregon where I moved from Eastern Oklahoma. I put that down. I ended operating a higgins craft made of plywood! Because of the what I drove for work is what I become qualified to drive. That’s how I ended up driving landing crafts.

I delivered troops during the battles of Tinian, Guam, Saipan, Luzon in the Phillipines, Iwo Jima, & Okinawa.

In the Philippines, while operating my craft, A Japanese fighter plane fired at me and other crafts. A very good friend was killed operating his craft. I only received an extremely minor burn from a shrapnel on my left thigh. One of our battleships got him not after too long.

This diagram map I kept in my pocket the whole time I was in Iwo Jima. It would direct me the best places where to deliver the troops, and I’d go back to the ship as soon as the last man was off so I can fetch supplies and return. The tall mountain you see on the map is “HOTROCKS!” which is where they raise the flag in the famous photograph. Another of my good friend was killed in Iwo Jima operating his craft. The Japanese were always shooting at us.

I witnessed a lot in my time in the service. Some I try to not remember, but I remember my two buddies and all the other good troops who did their duty that never came home. They deserve all the up most praise.

I’m proud to have served, serving for a future for my two daughters,grandchildren and great grandchildren.”